Late one April night (the 21st to be precise), there was an urgent message on social media from a friend of a friend, looking for help for a couple whose house had flooded. They were displaced, in the middle of the night, during a global pandemic, when all the hotels in the state were closed to new guests. The message said the family needed a place for a nursing mother cat and her five 10-day-old kittens, in addition to their very pregnant other cat, due to give birth at any moment.

We’re BeeBee’s House, and this what we do.

Near midnight, a woman rolled up to the house in her SUV, borrowed two carriers, and returned shortly with both mother cats and the kittens. The original plan was for their owner to take them back once a new place to live was found, but given circumstances (global pandemic, among other things), they ended up surrendering both mothers and their kittens to BeeBee’s House for both fostering and adoption. For the past 12 weeks, we have played host to both mothers and their kittens. The 10-day-olds and their mom went into the Big Kids Room and grew up healthy and happy, and all (including their mother) have new forever homes.

The younger mother held on to her pregnancy for two more weeks, and gave birth to five black kittens (all girls) the morning of May 2 in my bathroom. 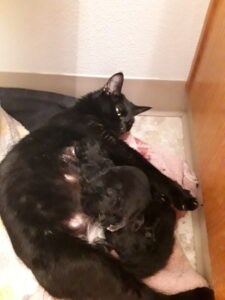 Ginny (as we called the mother cat) is a small cat, and her kittens were all small and healthy, save one.

Baby Bianca was the largest at birth, but was also the least active. Even newborn kittens have a level of activity, and Bianca wasn’t showing much of it. As the days passed, it became more apparent that there was something going on.

She has been to the vet several times, with another visit upcoming. In addition to her visits, we had her mother spayed (as she went into heat again just after weaning her kittens).

BeeBee’s House has paid out of pocket for each appointment, and our reserves are tapped. We know times are hard for many right now, so if you have a little money to spare, we would appreciate you helping us care for these little lives.

Where does your donation go? It will help pay down the balance on the credit card we’ve been using to pay for these appointments. Services must be paid for at time of service, which we have covered for both preventative care and surgeries. Worming, flea control, medications, appointment fees, vaccinations, and two spay surgeries add up to quite the sum. Given estimates for upcoming care, we have set the goal at $2500. Anything left over will be kept for future kitten care. (This does not even consider the costs of water for laundry/cleaning, sanitizers, litter, food, and toys. All funds sought are for the veterinary care alone.)

Thank you for your time and attention. If you are unable to support us with a donation, a signal boost on your various platforms is appreciated just as much. 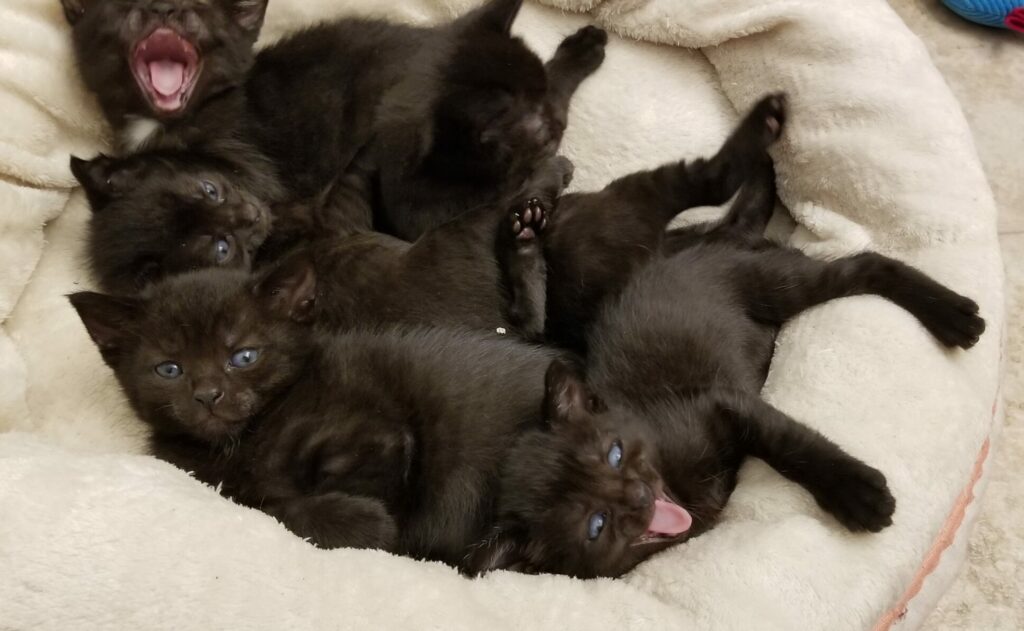